In Missouri personal injury actions, an injured plaintiff may recover damages as compensation for medical treatment received following an accident.

However, the admissibility of evidence regarding the reasonable value of such treatment is governed by a state statute, which was amended a year ago. Previously under Missouri law, there was a rebuttable presumption that the dollar amount necessary to satisfy the financial obligation to the health care provider represented the value of the medical treatment received. 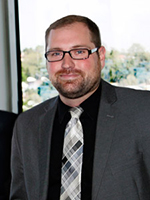 The bar for rebutting this presumption was low, leading to plaintiffs offering testimony that the amounts charged or billed was more representative of the reasonable value of those services. With admission of this evidence, plaintiffs could potentially be awarded the full amounts of the medical charges, even where such charges had been written off or contractually adjusted.

However, an evidentiary change was effected with the amendment of the statute.

Under current Missouri law, parties may only introduce evidence of the “actual cost” of the medical treatment rendered to the plaintiff. The statute now defines the “actual cost” as the sum of money actually paid to the health care provider plus any remaining dollar amount necessary to satisfy the financial obligation to the provider for such treatment. Accordingly, there is no avenue under the amended statute for plaintiffs to introduce evidence of the full amount billed in an attempt to recover amounts not actually paid or actually due and owing.

In actions against automobile insurance carriers to recover policy benefits following an accident, many plaintiffs have attempted to circumvent this change by filing their actions before the amendment’s effective date in an attempt to benefit under the prior version.

Some Missouri courts have found that the amendment to the statute effected merely a procedural or remedial change to the evidentiary code.

Accordingly, because the amendment does not enlarge or restrict a party’s substantive rights, those courts have concluded that the new statute may be applied to existing causes of action. By contrast, other Missouri courts have found that because the plaintiff’s claim against the insurance carrier is based in contract, the law that applied at the time of the injury controls.

In other words, those courts have reasoned that at the time of such a pre-amendment accident, plaintiffs arguably had a contractual right to potentially recover the full amount billed for medical treatment. Those courts have concluded that the amendment has effected a substantive change in the law and may not be applied retroactively in such cases.

With such directly competing conclusions regarding the application of the statute to insurance claims — and the eventual appeals from such decisions — the question of whether the amendment applies retroactively will soon be ripe for resolution. How Missouri courts resolve this question will have significant implications as to the potential exposure that insurers face in actions to recover contractual insurance benefits as a result of an accident.