The Missouri Supreme Court recently issued two opinions regarding the scope of sex discrimination prohibited by the Missouri Human Rights Act (MHRA) and its application to LGBTQ individuals. 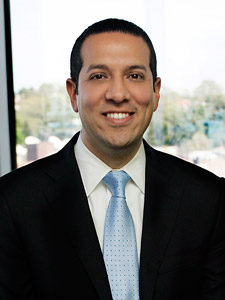 As described in my recent article for Thinking Bigger Business Kansas City (which can be read here), employment discrimination protections vary under federal, state and local laws. The MHRA prohibits discrimination based on sex, but does not explicitly prohibit discrimination on the basis of sexual orientation or gender identity.

In Lampley v. The Missouri Commission on Human Rights, a plurality of the Missouri Supreme Court held that an employee who suffers an adverse employment decision based on sex-based stereotypes of how a member of the employee’s sex should act can support a claim of sex discrimination. While a plaintiff stated that he was gay, he alleged he was subjected to sex discrimination because of his non-stereotypical characteristics. Under these circumstances, the Court stated that the individual’s sexual orientation was “incidental and irrelevant” to the sex discrimination claim.

In R.M.A. ex. rel. Appleberry v. Blue Springs R-IV School District, et. al, the Court considered whether a transgender student who alleged he was denied access to boys’ restrooms and locker rooms had sufficiently pled an MHRA claim of sex discrimination in the use of a public accommodation. The student, who was born female, alleged that his “legal sex” was male and he was denied use of these accommodations because of his status as male. The Court held that because the student alleged he was discriminated against because of his sex (male), which at the initial pleading stage is taken as true, he could avoid the dismissal of his lawsuit for failure to state a claim. The Court left for another day what proof may be necessary for such a claim.

While neither case explicitly holds that the MHRA prohibits discrimination on the basis of sexual orientation or gender identity, they clarify that LGBTQ individuals can assert sex discrimination claims based on sex stereotyping.