The law firm of Seyferth Blumenthal & Harris is pleased to announce that Paul Seyferth was recently honored and inducted as a Fellow by the American College of Trial Lawyers (ACTL) at the organization’s recent annual meeting in Phoenix, Arizona. 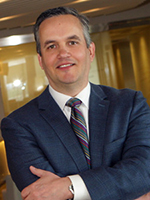 The founding member of the firm, Seyferth has more than 30 years of experience as a trial lawyer and this distinction honors him as being among the very best of the courtroom bar. Only three lawyers from Missouri and Kansas received the recognition this year, with Seyferth the only from the Kansas City area.

According to the ACTL, membership is limited to only those trial lawyers who are unquestionably and eminently qualified, in addition to being regarded as among the best trial lawyers in their state. Fellow membership can never be more than 1 percent of the total lawyer population of any state or province in the United States and Canada.

Seyferth Blumenthal & Harris, with its office in Kansas City, Missouri, is known for its expertise in business and employment litigation. The firm’s trial results include obtaining a $162 million judgment in a commercial breach of contract and accounting case, and numerous defense verdicts in employment discrimination cases.

Seyferth’s practice at SBH focuses on high-stakes and high-profile employment, healthcare and business litigation. He also represents several national law firms and other lawyers in malpractice and employment claims.