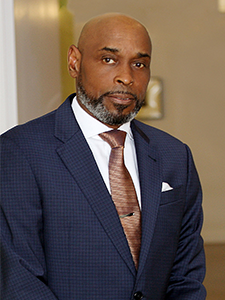 The St. Louis City Chapter of the National Association for the Advancement of Colored People (NAACP) recently announced an agreement with Seyferth Blumenthal & Harris LLP (SBH) member Charlie Harris, who will serve as lead counsel for the organization’s litigation against the city of St. Louis and its related entities.

In a press release, the NAACP lauded Harris not only for his “impeccable credentials” but also for his “reputation as a lawyer who thinks outside the box … known for his dynamic trial advocacy skills and his ability to craft solutions to difficult problems.”

“Seyferth Blumenthal & Harris is committed to results, and we can’t think of a better combination to represent the St. Louis City NAACP in its fight for freedom and justice for the victims of the city’s negligence,” the release went on to say.

A member at SBH since 2008, Harris served as the first African American president of the Missouri Bar. He is a nationally recognized attorney that has served as special master and general receiver for state and federal judges in complex wrongful death, commercial and business litigation. Missouri Lawyers Media named Charlie a “Legal Champion” and he has been chosen as a “Missouri Lawyer of the Year” by the same publication. He has consistently been named in Best Lawyers in America and Super Lawyer.