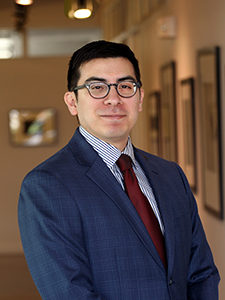 The law aims to reduce the pay gap between men and women. Nationwide, women receive 80 cents for every dollar men earn. According to the new law, this pay gap is even wider in Kansas, Missouri, and Kansas City. To avoid perpetuating this pay gap, the new law eliminates altogether prior pay and benefits from new hire considerations.

Legislation prohibiting questions about applicants’ prior salary is a hot topic in employment law and is gaining traction every week across the United States. For employers operating in multiple states, it is critical to keep abreast of this ever-changing legal area.

What Do Employers Need to Know

Kansas City’s new law bans employers from asking, using, or relying on past salary, pay, benefits, and other forms of compensation. Employers cannot refuse to hire or retaliate against an applicant for not disclosing this information.

The new law applies to any employer operating in Kansas City, Missouri with at least six employees. While the law prohibits questions to applicants (as well as their current or former employers) about prior compensation, it does not extend to current employees applying for promotions or transfers. An employer will not run afoul of the law if the applicant voluntarily discloses prior pay, the position is subject to collective bargaining, or a background check reveals an applicant’s past pay or benefits. Under the new law, employers may still ask about an applicant’s productivity numbers, such as revenue and sales.

Before the law takes effect, employers in Kansas City, Missouri must revise their employment applications by removing any questions about prior compensation. Also, it is imperative that employers train human resources, managers, supervisors, and anyone else involved in the application or hiring process about this new law and its restrictions.