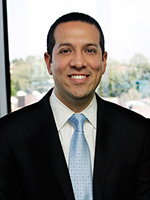 The Advice Memorandum in Coastal Shower Doors (Case No. 12-CA-194162), issued August 30, 2018 (but released last month), evaluated various provisions of the employer’s employee handbook, including several rules encompassed by its social media policy. One such rule stated, “Employees should refrain from posting derogatory information about the Company on any [social media] sites and proceed with any grievances or complaints through the normal channels.” A second rule stated that “Employees may not post any statements, photographs, video, or audio that reasonably could be viewed as disparaging to employees.” The Memorandum concluded that the first rule was “unlawfully overbroad,” but the second rule was lawful.

In analysis, the NLRB determined that a general rule against disparaging the company on social media, “absent limiting context or language,” would cause employees to refrain from publicly criticizing employment problems on social media. The NLRB stated that such criticism is often the “seed” that becomes protected concerted activity under the NLRA. Because the rule at issue was an “absolute ban” on social media disparagement of the employer, and was not limited to prohibiting disparagement of the employer’s products or services, the rule should be viewed as unlawful.

While the NLRB enforces and interprets federal labor relations law, all employers should ensure their handbooks and policies are up to date with the latest laws and regulations.