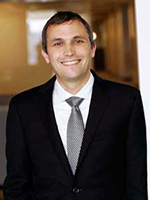 “Thousands of contracts covering millions of workers provide for agency fees,” according to an estimate from a 2014 opinion in Janus v. American Federation of State, County and Municipal Employees.

Under Janus, States and public-sector unions may no longer extract agency fees from non-consenting employees “unless the employee affirmatively consents to pay.” Such consent must be “freely given and shown by clear and compelling evidence.”

Given this strong language, public employers with traditional agency shops — i.e., workplaces where the employer may hire union or non-union workers, but non-union workers must pay an agency fee — should not assume any employees, including dues-paying union members, have “freely” and “affirmatively” given their consent to ongoing union-related payroll deductions. Instead, public employers should properly notify employees of their rights under Janus and develop a strategy for ensuring they have received affirmative consent before continuing to extract union dues or agency fees.

Proactive communication with unions will also be essential as both sides make sense of the Supreme Court’s ruling.